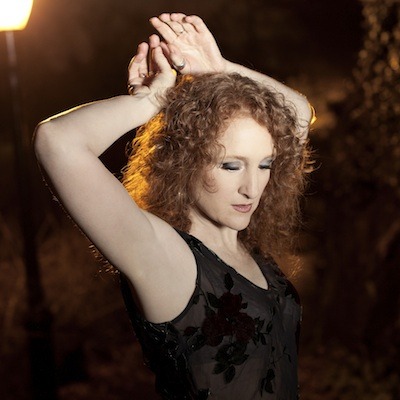 Lacy James' eclectic, ethereal yet grounded style draws from various influences ranging from rock and pop to world music, folk, jazz, and electronic/ambient music. Her debut album Lovefeast, produced with Jim Gallagher at Philadelphia International and Kajem/Victory studios, drew comparisons with the work of Kate Bush, Talking Heads, Tori Amos, Siouxsie & the Banshees and other innovative artists of the time. After the release of Lovefeast Lacy set out on a dance journey that took her to New York City and beyond. In the wake of those experiences she returned to recording with her second full-length album Circles of Swallows. Shaped by Lacy's collaboration with producer Jeff Hiatt at noted Philadelphia workshop Turtle Studios, it is an earthy, atmospheric listen incorporating a diverse range of instruments from hammered dulcimer to Celtic flute. Lacy is also a choreographer whose dance company Mereminne Dancers has performed throughout NYC as well as in Philadelphia, North Carolina and Germany. She also appears with the NYC-based female singer-songwriter collective Moon Goddess band.